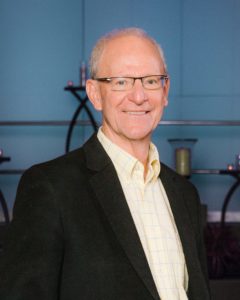 Teach What You Want To Learn

I was introduced to Love and Logic parenting when my two sons were still toddlers. A friend handed me a cassette of Jim Fay’s classic audiotape, Helicopters, Drill Sergeants and Consultants, and I was hooked!

I took the Becoming a Love and Logic Parent workshop twice, and decided it was too much fun to stop. They say “teach what you want to learn”, and I wanted to be a good dad.

I became a Certified Instructor back in 1996, when Jim Fay was still giving written tests to working facilitators and collecting feedback forms from participants to determine if a facilitator was doing a good job. The company’s gotten too large for that now, so I get to be one of “the few, the proud, the certified”.

I’m married, and my two boys are fully grown. One of the first things I remember Jim Fay saying is still a favorite: “There are only two kinds of children: teenagers, and those who are about to become teenagers”. That has turned out to be oh-so-true!